A Choir of 6000 – the Young Voices Phenomenon 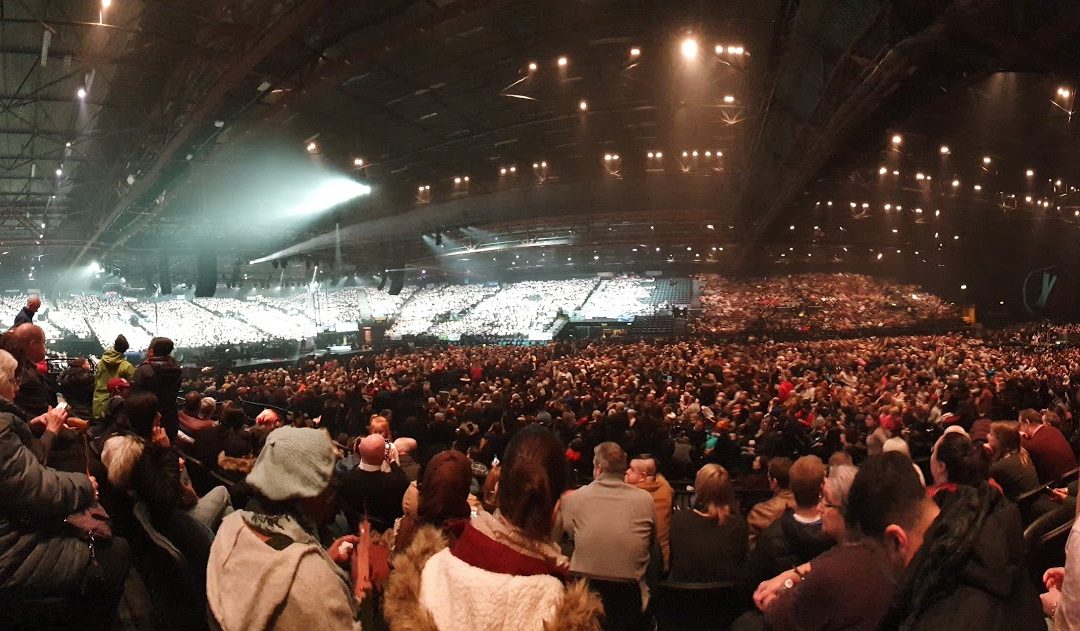 There are so many things to organise just to get yourself and one child to an extra-curricular event – especially one that’s an hour up the motorway – and in the planning, I am often guilty of giving little or no thought at all to what the actual event will be like. That was the case this week, when our older boy took part in one of the incredible Young Voices school choir events, in Birmingham’s Resorts World Arena. It turned out to be one of the most incredible live shows I’ve ever experienced.

This is how the build up to it went, beginning last April.

“Can I join choir? There’s a really cool concert called Young Voices that we go to.”

“Of course, absolutely fine – what day is choir practice?”

Then in November, the tickets were released: “Can I do the Young Voices concert?”

“Of course – let me find out when it is, how to get there and what you’ll need.” I gave permission, bought my ticket, and life went on – Christmas, school holidays, back to school life, and work kicked in again – and suddenly it was a couple of weeks before the concert. I needed to think about getting there. An hour’s journey wouldn’t have been much to me at all five years ago, when I lived in rural North Yorkshire, but now I am quite put out by a journey of more than 15 minutes. MK has certainly spoiled me.

So there were arrangements to make – transport there and back; what do with the little one in the awkward time between school and 5pm, when fatherly childcare can kick in; dinner for them both. And then there was the choirboy himself – what he needed to wear, when and where he needed to be for coach drop off and pick up, the food and drink provisions for a full day out (I may have gone a bit overboard there – poor child could barely carry the bag).

Luckily I have a great network of resources at my disposal, and I was offered a lift by my fabulous friend and fellow choir mum; After School Club had room for the little one; and Mr Sainsbury provided an oven lasagne for the dinners. Everything was in place, but with all this to manage, I had given next to no thought to what I was actually going to be experiencing that evening.

What met me as I found my seat in the huge World Resort Arena in Birmingham, was 6000 children mid-Mexican wave – 6000 children, who’d been practising in the arena all day with the likes of Tony Hadley of Spandau Ballet, Ruti from The Voice, phenomenal country band The Shires, and the awesome street dance troupe Urban Strides – not to mention the musicians, conductor and all of their wonderful teachers. You could feel the excitement, the anticipation, the eagerness to show us everything they’d been working towards, and for the climactic performance that would show off all that hard work and preparation. 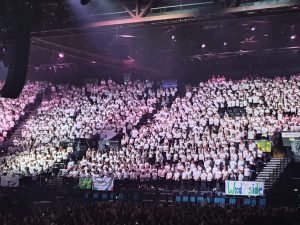 He’s in there – somewhere!

It began, and it was stunning. 6000 beautiful voices soaring as one, filling that huge space; you could hear the pride and passion in every single one. And when they were joined in performance by these wonderful professionals, it just went from strength to strength. They sang Queen, George Ezra, classics from musicals, a stunning (and rather emotional) Ode to Joy, a Fright Night medley…all perfectly in tune, and perfectly in time. The atmosphere was electric, and it was swelled by the almost tangible pride shining from every single member of the audience, knowing their child was part of it this incredible performance.

And what an experience for those children. Just speaking for my own child, the things he has taken away from being part of this are simply invaluable – commitment, camaraderie, team working, the act of travelling so far away on a coach without a parent, the responsibility of managing his own food and drink, listening to instructions, rehearsing, and the phenomenal high of putting on such a performance. All of this, and it wasn’t even a very costly fee for him to take part. All I had to pay for him to be there was £19 for the coach.

The Young Voices programme is inspirational – evidenced by Ruti herself, who told us all she had performed at that very event as a choir member, 12 years before winning The Voice – and it offers the most stunning experience for children, parents and teachers alike. If your child has even the mildest interest in singing, and your school takes part, please do encourage them to get involved. It’s just magical.

I don’t know what I was expecting, but perhaps it was an even greater moment for me because with the whirlwind of preparation, I hadn’t prepared myself for what was to come. Either way, it was a night I will never forget. 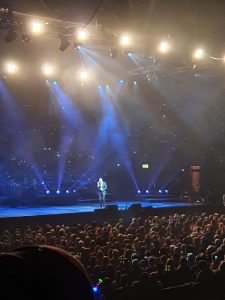 Tony Hadley was in top voice

Would you like to blog for your business? Here’s everything you need to get started… 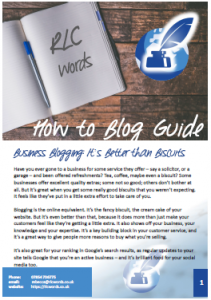 Or Browse Blog Posts by Category…